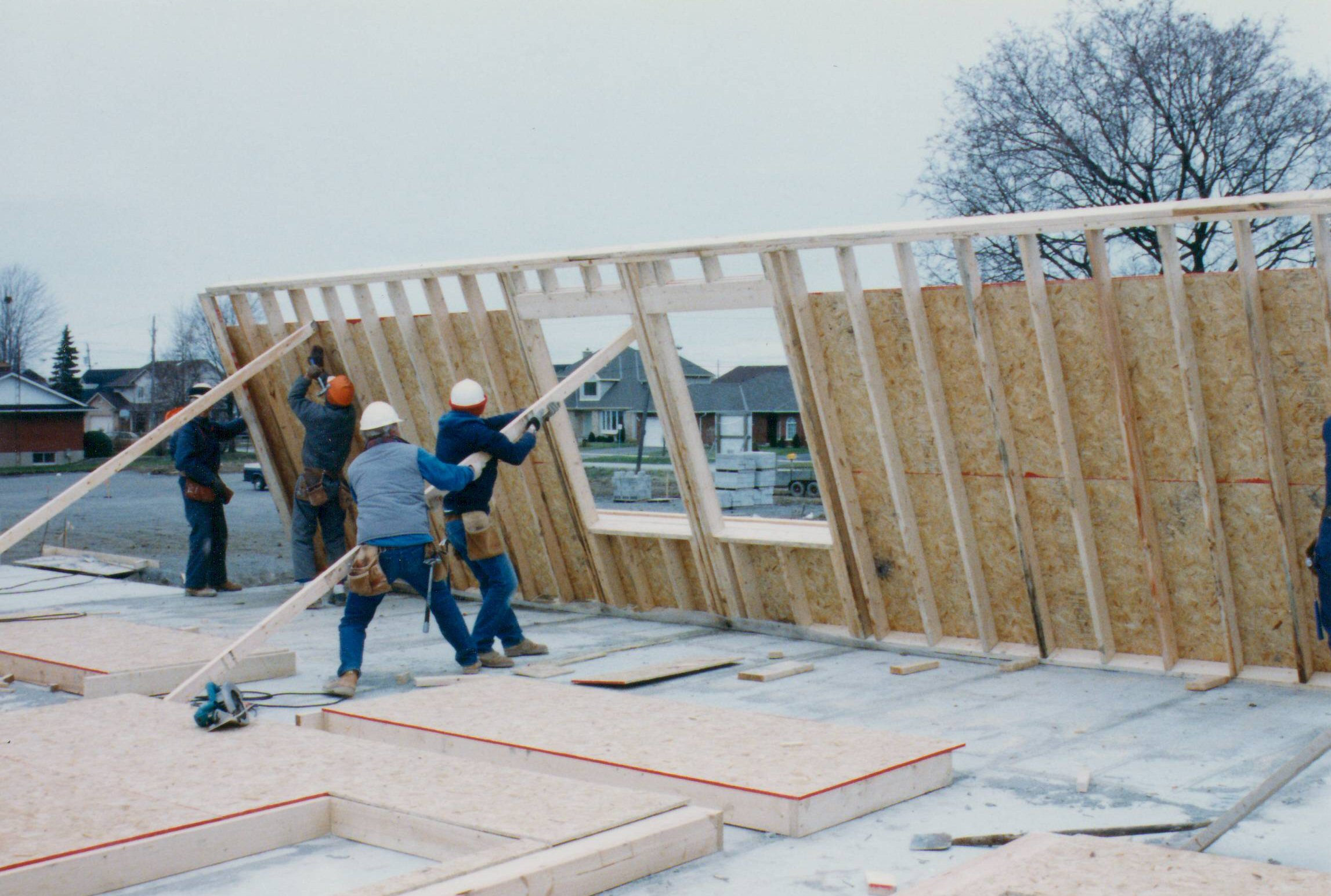 On December 16, 1985, a group of 13 people met to discuss the possibility of starting a fourth Christian Reformed Church in St. Catharines. The idea was to join together people who were eager for close fellowship, semi-informal worship, evangelistic outreach, and using the gifts of women in leadership positions. The wheels were set in motion to gain support and approval from the three existing Christian Reformed churches.

On April 5, 1987, we held an organizational meeting, elected office bearers and chose the name “Jubilee CRC” (Fellowship was added later that year. The next Sunday, we held our first morning service in the gymnasium of Beacon Christian High school.

Our first pastor, Rev. Peter Slofstra, came a year later. Little did we know that this beloved pastor and his wife, Marja, would serve us for 15 years. We rented the Beacon Christian High school facilities for five wonderful years – years which shaped us especially in our worship style. In these years we completed our Concept of Ministry. A new church facility, designed by member Henry Swinkels, was officially opened and dedicated on Sunday, September 13, 1992.

Since that time, our church community has grown steadily and we have developed and implemented many programs. Our church building is a multi-purpose facility that has served Jubilee well. The emphasis has been on celebrating God’s faithfulness through his acts of re-creation. In 1997, we restructured our leadership so that women could be commissioned as Pastoral Care Givers. When Synod opened the office of elder to women, these women were ordained and women now serve in all offices at Jubilee.